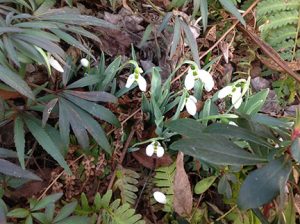 I’d most certainly rather be in the garden than at my computer.  I am never more content than when my hands are in the dirt and my boots are muddy.  I do, however, take time to keep reasonably good records about my garden and I find it easiest to do this at my computer.  I have plenty of sweet garden journals that I’ve jotted and sketched in, but these are rarely useful when I need to look back for something specific.  Unromantic it may be, but the computer is an immensely useful tool in this regard.

So, why keep garden records? Have you ever been in the garden with a friend who asks, ‘Oh my, what is that?”  Delighted at their keen perception of a rare beauty you respond, “That’s …oh, give me a second, it’s on the tip of my tongue.”  Ugh!   When my garden was newer, I could remember every plant name, where I got it, when I planted it.  Fifteen years on and hundreds of plants later I still recall a lot, but certainly not everything.  And the newer the addition to the garden, the harder it is to burn that botanical name into my brain.  I find that if I make a record of a new plant, it helps me learn it.  A plant tag is also useful, but so many distract from the overall display.  In my opinion, a plant tag should only “speak when spoken to.”  In other words, tags should be legible, sturdy and a bit shy. 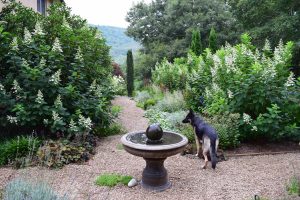 I keep track of some maintenance tasks, but certainly not all.  Primarily I like to note when I’ve pruned things.  I know generally that I prune the Hydrangea paniculata ‘Tardiva’ in late winter as it blooms on new wood.  But it’s interesting to look back at over time to see how wide the actual pruning dates vary.  Most fall into the last two weeks of February, but in 2011 we had snow on the ground until mid-March and the hydrangeas weren’t tackled until March 23.  Not breaking news, but interesting to me nonetheless to remember that particularly snowy winter.  We had almost a foot of snow on Christmas Day 2010; snowed in and stuck, we feasted on peanut butter sandwiches in place of my sister’s roast turkey. 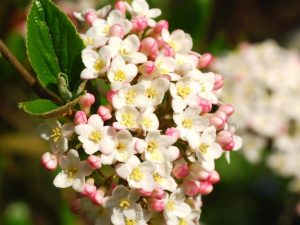 More critical to track is when I’ve pruned the Viburnum burkwoodii.  This shrub blooms in spring, usually mid-April, on old wood, so should be pruned after flowering to allow bud set for the following year.  I rarely get this job done until late summer which is far too late for most spring bloomers to set their buds for the next season.  A look back at my records, and I know that I’ve pruned as late as October and still had a great floral show.  Keeping track of this date both reminds me when I need to do this, and also gives me some breathing room to know  that even done late, I’ll still get to enjoy that wonderful fragrance the following April. 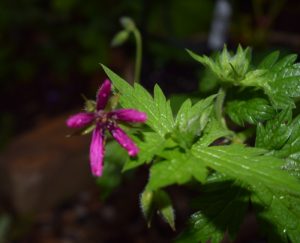 So much of gardening is a science experiment and keeping good garden records helps evaluate those trials.  A couple years ago I got really interested in hardy geraniums and ordered a dozen or so different species to try.  I kept track of where I planted each one in the garden, what the conditions were, and which were most successful in terms of hardiness and floral display.  The following year I ordered more of the one or two that were most impressive and have used them throughout the garden.  It was easy to look back at my records of their performance and I knew which nursery carried the ones that I wanted more of.  The favorite by a mile was Geranium ‘Katherine Denuve’, a big blousy plant that bloomed all summer.

By their very nature, gardens do not stand still.  Plants grow, and sometimes die.  Tree canopies create shade where not too many years ago there was full sun.  In a garden that is even just a few years old, the change can be dramatic.  Photographs are a great way of keeping a visual history of the garden and how it changes over time.  A look back at early pictures can be breath-taking!  It is both fun and satisfying to see how far I’ve come.  Nothing tells the story of a garden like pictures and having them organized and accessible makes it easy to take that stroll down the years and to share that history with others.

Gardening is personal pursuit that feeds mind, body and spirit.  Take a bit of time out of the dirt to make some notes and take some pictures.  Good garden records helps us learn from seasons past, remind us how far we’ve come, and give a bit of order to the chaos and glory of the garden. 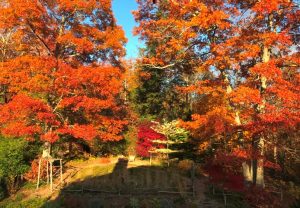