Elizabeth, my friend and neighbor a mile down the road, saw the emergence of Magicicada Brood VI about a week before I did.  She warned me, “They’re coming!”  Now, the 17-year Cicada is in full swing (or full sing) in many areas in Western North Carolina.  Although I’ve experienced this phenomenon before, this is the first time I’ve been concerned about the impact on the garden … our garden will be on tour next month.

So, I’ve recently learned a lot about this intriguing and, for me at least, somewhat creepy insect.  First of all, this bug lives underground for 17 years.  That is nearly enough time to get a kid through high school!  So what do they do underground that whole time while a kid is learning ABCs, 123s, and that boys really aren’t that icky?  They tunnel around sucking on tree roots.  Wow.

Even though these bugs have FIVE eyes and can see perfectly well, they will fly into you, land on you and, if you’re like me, generally skeeve you out.  Picture a five-year old girl skipping rope in the driveway and a 2” long, red-eyed bug flies up her top and buzzes around until someone whips her shirt off before she passes out from fright … that was me.

After a good long sex fest in the tree tops, the females select a suitable branch on a tree or shrub, make a slit in the branch with their ovipositor, lay their eggs and then die.  What a life!  For this activity, Cicadas prefer deciduous hardwood trees such as Oak and Maple, but these gals will lay eggs in other species too.  The branch that is used will often flag, or die, decorating your tree with dead brown branches until they finally fall off.  The only real danger for ornamental trees is small or young deciduous trees that can’t withstand the loss of a lot of branches. 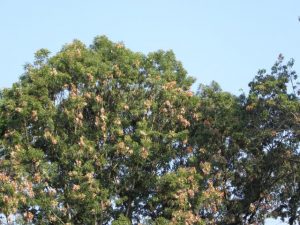 According to an article Periodical Cicada (Magicicada cassini) Oviposition Damage: Visually Impressive yet Dynamically Irrelevant by William M. Hook and Robert D. Holt (Am. Midl. Nat. 147:214-224):  The widespread oviposition damage from periodical cicadas did not have any important effects on successional dynamics of the host plants, suggesting that the trees appeared to compensate sufficiently for physiological damage during the emergence.  Photo credit Cicadamania.com

In other words, it may look bad, but periodic cicada damage won’t harm the forest in any significant way.  I purchased some ¼” square netting which I am using to cover small or newly planted Japanese Maples and perhaps a couple small Dogwood trees.  As for everything else, Que Sera, Sera.

There is real concern for fruit trees, which I won’t go into here.  My somewhat silly summary is based entirely on my own cursory knowledge of this insect’s life and behavior and there is much more to read and know about Magicicada from people who are informed and enthusiastic about this insect and its place in the ecology of the eastern hardwood forest.  Two good links are:

Information and record sightings at:  http://magicicada.org/magicicada/

And now, to counteract the skeeve-factor of this post please enjoy some pictures I’ve recently taken of my Peonies!  Click the picture for a closer look. 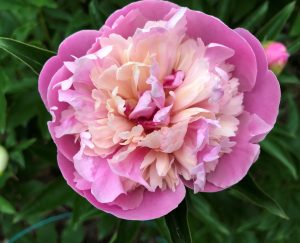 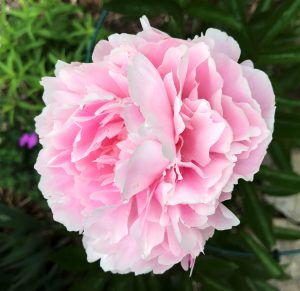 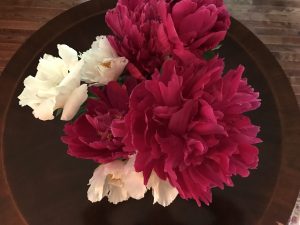 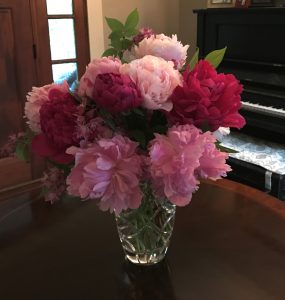 One Reply to “On Broods and Blooms”